In this article, we will share a powerful tool that can help you get rid of Blu-ray copy protection and convert Blu-ray to LG G7 ThinQ supported format, you can follow the content and use this software to convert and watch Blu-ray movies on LG G7 ThinQ. 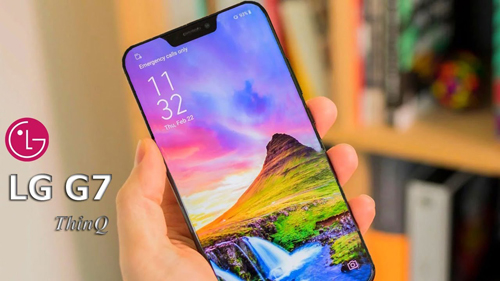 LG G7 ThinQ is a new Android smartphone that released not long ago, this powerful smartphone has attracted great attention from users who want to buy a new phone. The LG G7 ThinQ is equipped with Snapdragon 845 chipset, 6.1 inches IPS LCD capacitive touchscreen, the resolution is 1440 x 3120 pixels. The memory is 128 GB, 6 GB RAM or 64 GB, 4 GB RAM, it also supports microSD, up to 400 GB, you can copy many movies to it for playing on the go. DTS-X sound is supported, so when you watch videos or movies you can get better audio effect.

How to watch Blu-ray movies on LG G7 ThinQ?

This top Blu-ray ripper software is very powerful, it has many features. Many users have selected this Blu-ray ripper software to make HD videos to play on LG G7 ThinQ or other devices, it can also make 1:1 full disc copy of your Blu-ray disc with the original file structure, or you can choose to copy main movie to backup only the main movie content without the extras, comments, etc. As for subtitle functions, you can convert Blu-ray with desired subtitles, languages and audio tracks. The forced subtitle feature enables you to get translations for foreign languages, you can also add external subtitles during Blu-ray ripping process. Now, download Acrok Video Converter Ultimate on your computer and follow the guide below to start Blu-ray to LG G7 ThinQ conversion.

Step 3: Select output format for LG G7 ThinQ. Click the “Format” drop-down list, and choose “Common Video” > “H.264 MP4 Video(*.mp4)” as output format. MOV, MKV, AVI, etc can also be found in the list, you can choose other formats according to you devices.

Step 4. This Blu-ray to LG G7 ThinQ converter has customization feature. If you like, you can click “Settings” to change the video encoder, resolution, frame rate, etc. as you wish. With the right settings you can retain the quality of the original Blu-ray while also saving space.